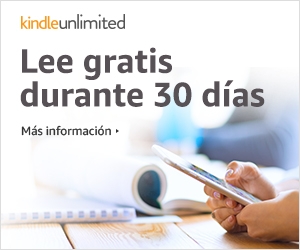 Descripción:
Father Gabriel Infante was granted incredible charismas during his ordination as a Catholic priest. As many other mystics before him, by the power of the Holy Spirit, he had prophetic visions, was able to heal the sick, raise the dead, convert sinners, and exorcize demons. Satan, the enemy of humankind, did not like the presbyter and was constantly trying to make him quit his ministry or cause him pain, trouble, or even death!

Ministering in San Antonio, Texas, as pastor of the parish and principal of the parochial school, the priest was always busy with his work but could not avoid getting in different kinds of trouble. He continued his fight against the forces of evil in human or spiritual form while resisting the multiple temptations that frequently came his way in beautiful, feminine form. After nine years of service, the holy man was very sure of his calling to serve our Lord as an ordained Catholic priest for the rest of his life. As the mystic goes on with his incredible journey, he continues enjoying the ride, seeing his extraordinary existence as a series of exciting adventures.

It is now the fall of 1996. The Miracle Weaver must now deal with a very real threat against his life, just for having crossed paths with a relentless professional assassin. When the mystic thought he had done it all, he gets exposed to higher mystical experiences while being away from his native place. The cure comes across a particularly interesting character under perfect satanic possession, and he has to deal with him in the only lawful way. Gabriel is unaware of the long-term complications his brush with this odd character will have, not only in the exorcist?s personal life but also in the fate of the entire world in years to come.

The dark night of Gabriel?s soul comes to him during the holidays at the end of 1996. Satan takes advantage of the mystic?s weakened situation and assigns a demon specialized in whispering to souls. The Miracle Weaver has to face his greatest challenge yet when a trio of wealthy and beautiful characters comes into his life to tempt him with power, fame, and pleasure.